The Sioux Falls City Council consists of the Mayor and eight members. Three of the Council members are elected "at-large" and five are elected from districts. The Council members act as a part-time policy making and legislative body. Each of them is elected to a four-year term and can serve no more than two terms consecutively.

The City Council meets regularly on the first three Tuesdays of each month at 6 p.m. in the Carnegie Town Hall, 235 West Tenth Street. 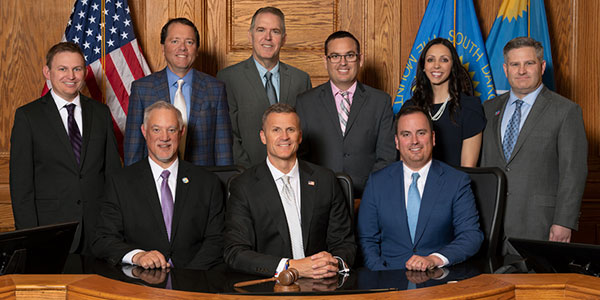