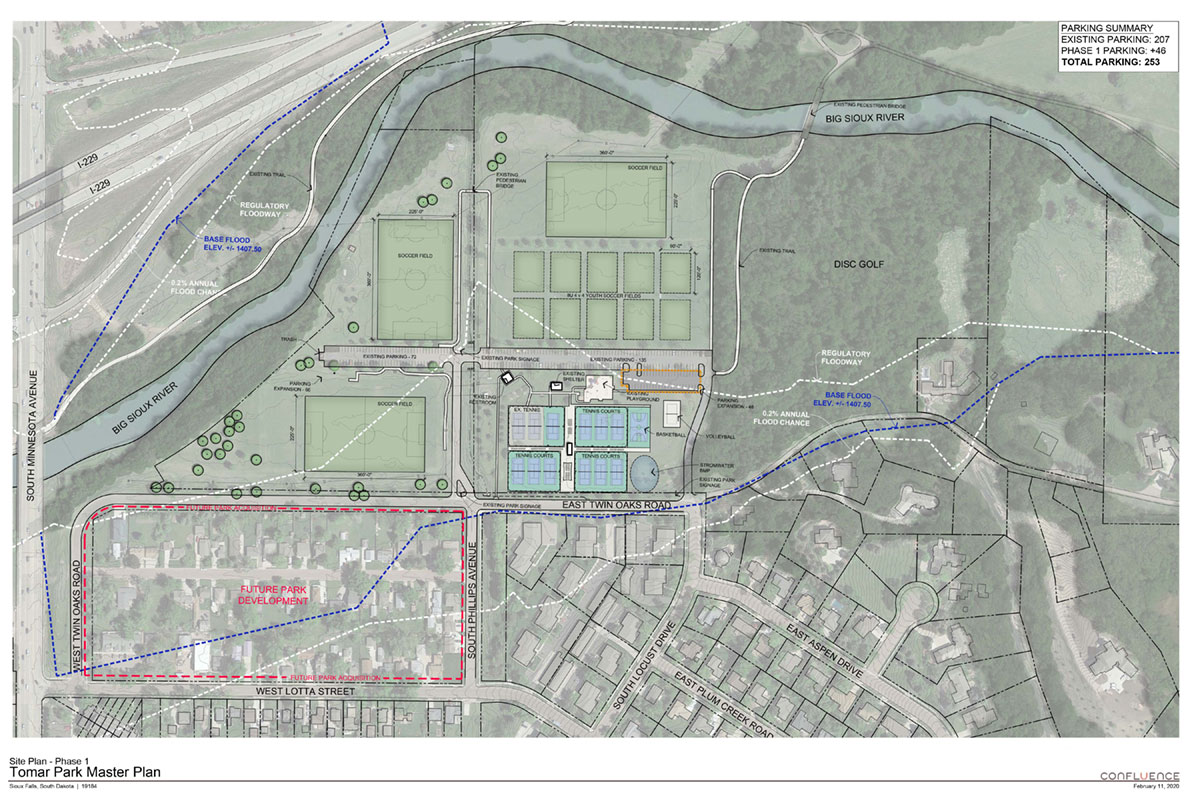 The Parks & Recreation Department was approached by the Sioux Falls Tennis Association (SFTA) about a potential project to expand the tennis court facility at Tomar Park to a 12-court complex capable of holding regional tournaments.  Prior to approving the project, the master plan for Tomar Park needed to be updated.  This would ensure the facility fit in the park, the necessary support facilities were in place or included in the proposed project, and that the other uses of the park were not interrupted, displaced, or negatively affected.  In addition, the master plan update would look at the other changes coming in and around the park and shape the future of the very popular Tomar Park.

Phase 1 of the updated master plan deals with the proposed SFTA project. The scope of the project includes expansion from two existing tennis courts to a 12-tennis court complex, expanded parking, and replacement of the existing basketball and sand volleyball courts that would be displaced by the tennis expansion.  The improvements shown in the proposed Phase 1 would be fully funded by the SFTA and would not start until fundraising efforts successfully covered the entire project budget.