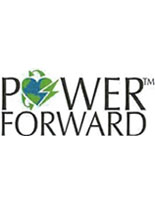 To distribute public power throughout the city of Sioux Falls through electrical service to governmental entities, maintenance of street lighting, and service to the customers in our territorial limits within the city.

The Light Division provides public power throughout defined service territories in the city of Sioux Falls to over 2,570 customers including governmental entities, private residences, and businesses. In addition, the Light Division maintains over 18,500 street lights in Sioux Falls.

Sioux Falls Electric Light and Power receives a portion of its electricity from the Western Area Power Administration (WAPA). The City also receives supplemental power from Heartland Power to meet its daily energy needs that exceed the City’s WAPA allocation. The Heartland Power energy supplement also serves as a standby source should there be an interruption to WAPA’s supply.

In 2014, the City received over 44 million kilowatt hours (kWh) of energy from WAPA and over 47 million kWh from Heartland Power. Forty-eight percent of 2014 sales were to tax exempt customers.

In 2003, the Light Division began developing new standards for residential street lighting to improve the aesthetic qualities of older neighborhoods in Sioux Falls. Today we are continuing to strive to improve our street light service and reliability to the community.

In addition to the main light office at 2000 North Minnesota Avenue, the Division owns and maintains a power system of over 93 miles of overhead and underground distribution power lines. We also maintain an inventory of light fixtures, poles, and lamps for repairs and new street light installations.